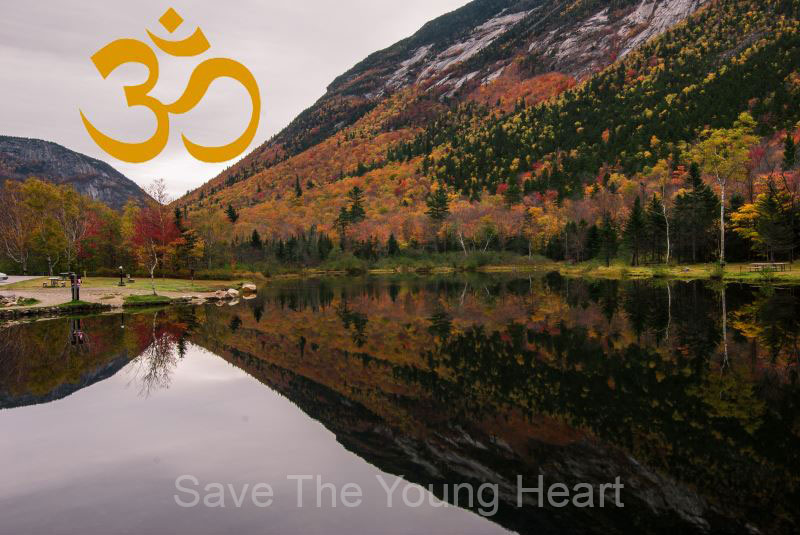 In Hinduism, many explanations have been given about the primordial sound Om. Om is considered the verbal symbol of God. It announces the Lord’s presence. It is the primeval sound. Om is the only sound – every other sound arises from it. Om is the real life-principle of every person. So, when chanting Om, we are calling God, and also affirming that we are God.

The number twenty-one is not arbitrary, and each of the twenty-one Oms is chanted with a specific purpose.

Five Oms are chanted for the organs of action: vocal cords, hands, feet, elimination organs (represented by the anus), and generative organs.

Five Oms are for the organs of perception: eye, ear, nose, tongue, and skin, which correspond to sight, hearing, smell, taste, and touch.

Five Oms are for the five vital airs of the body. English doesn’t seem to have names for these essential airs, so we list them with their Sanskrit names. They are Prana (located in the lungs), Apana (flatus, which moves downward through the rectum), Vyana (diffused throughout the whole body), Samana (the navel, essential to digestion), and Udana (rises through the throat to the head).

previousImportance of silence in the prevention of heart and other diseases

nextThe essence of the Gayatri Mantra